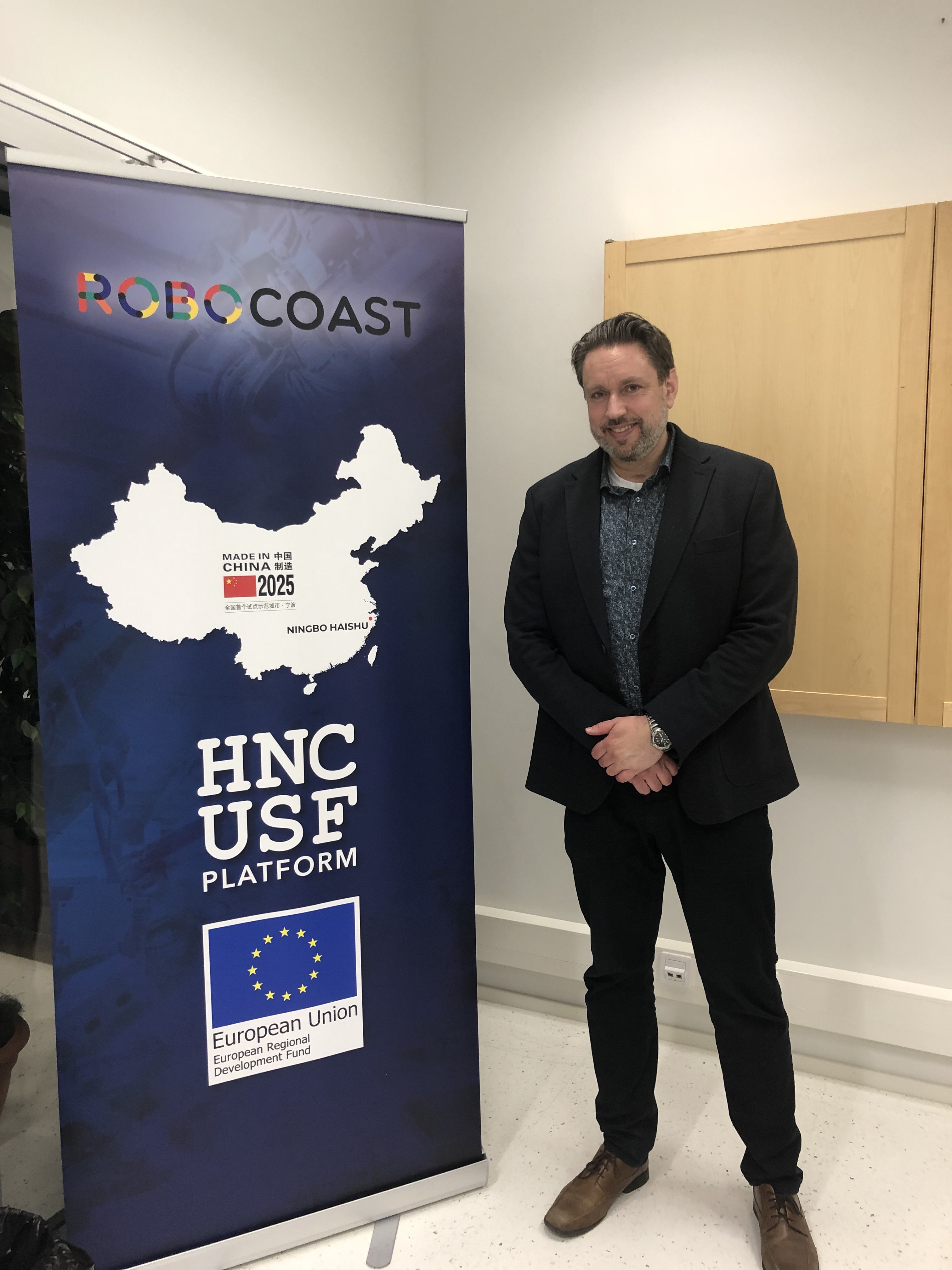 The Gamecoast network has emerged as part of the Robocoast network, strengthening the
capacity of the Robocoast ecosystem. The Robocoast ecosystem network is managed by Mikko
Puputti, and the Gamecoast network is managed by Pirita Ihamäki. Mikko Puputti believes that the
Gamecoast network can help provide simulation and gamification solutions that can help
companies’ management and personnel to gain a better understanding of product development
and processes. Mikko Puputti says that this may include, for example, creating a digital twin for an
airport and simulating the landing of an airplane. First, simulation is used to teach the personnel
about the functions of the airport, and after that, the functions can be tested concretely with
games.

Gamified learning in the Robocoast network

Gamified learning includes three areas: learning, simulation and gamification. In learning games,
game-like features are utilised to achieve and maintain specific learning objectives. In this way,
games function as motivating elements. (Saarenpää 2009). Simulation can help employees to gain
a better understanding of the features, challenges
and possibilities of the matter at hand, and make learning more experiential (Jalava et al. 2001).

Gamified learning can in this case be seen as learning in a simulated environment. Gamified
learning means using game elements in training by integrating various exercises and game
thinking into the process. Employees begin the exercises at the first level and deepen their
knowledge as they move on to higher levels. Gamification itself brings a new perspective to a
virtual classroom, which utilises game elements that follow certain learning objects and entities,
as the employee/learner proceeds from one game situation to another, which itself includes
various learning exercises and learning objects (micro-level). When several games or so-called
simulation exercises link together, they create a gamified learning process (macro-level).
Gamified learning in different industries is seen as an important link between the Robocoast
ecosystem and the Gamecoast cluster. Mikko Puputti believes, for example, that a gamified
hospital environment motivates nurses when they see their own familiar environment through
virtual glasses. The nurses get to practise nursing by playing games in a virtual environment.

Mikko Puputti sees a factory environment as another target setting: for example, a virtual factory
environment could be used to improve production efficiency by testing the limits of production.
Mikko Puputti is enthusiastic and suggests that, for example, a study group could be given an
assignment to plan a factory of maximum efficiency. The group could play and plan the
optimisation of the factory environment by purchasing new equipment and placing it in the right
order in the virtual factory. By playing, the study group may discover that the new equipment
would cost too much and may not benefit the end product in the same way as expected. A new
production line may not improve the end product in the desired way, which would mean that the
costs would increase but the efficiency would not improve. The group would then have to find
another solution. The group could try planning the production line by investing in robots. The
game could be used to assess the purchasing, installation and maintenance costs. This way, the
group could assess how profitable a new production line would really be. The simulation would
help to calculate the investment’s payback period. If the payback period is, for example, 50 years,
the investment is not profitable. Playing a simulation game with virtual glasses provides successful

results, for example, for the needs of specific industries. Mikko Puputti says that this type of
simulation environment can be used to create completely new solutions for ports or airports,
which means that different functions can be tested before making larger investments. Mikko
Puputti also sees this type of simulated game world as an important tool for providing information
to all members of staff as they play together and therefore also learn from each other. This way,
all of the staff learn to consider the work of others as they learn to understand the overall process.
This would improve the knowledge of the factory workers in a completely new way.

A virtual classroom as a learning environment

Mikko Puputti thinks that it would be great to build a virtual classroom. It would be important to
see what kind of elements the classroom would require to be educationally effective. A virtual
classroom could replace a physical classroom. It could generate savings, since students would not
have to travel to the same physical place; instead, students could be in their desired location and
participate in the class through virtual glasses. The students would enter the virtual classroom
simply by putting on the virtual glasses. Mikko Puputti wonders about the role of students in a
virtual classroom. What would their role be in the learning situation? Can students solve problems
together in a virtual classroom? There would be no teacher, instead, students would solve
problems together. The students could virtually open a robot’s interface and carry out the
necessary function. A teacher could supervise the situation and, for example, provide an
instructional video where professionals carry out the same function. The aim would be to increase
discovery-based and phenomenon-based learning by increasing the students’ activity and
participation in the learning situation. The teacher’s role would be to act as an instructor, who
would then enable the scaling of the teaching situation, when, for example, one teacher could
instruct five learning groups simultaneously, i.e. 100 students in total. Normally, a physical
classroom would have 20 students at a time. This way, top teachers could be utilised more
effectively.

Gamification in the teaching of robotic artificial intelligence

Mikko Puputti hopes that gamification will provide new areas for which the Robocoast network
can offer resources not found in other similar networks. That is why development work must be
continuous and efforts must be made to find real benefits between the networks.